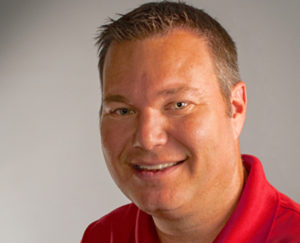 Chris Plank, hosts the Plank show from 9-11am Monday–Friday on SportsTalk 1400AM & 99.3FM, in addition to the SportsTalk, Chris continues his involvement with Sooner Sports TV as co-host of Sooner Sports Spotlight show and the ever-popular Sooner Football Signing Day special.
A veteran radio broadcaster, Plank has long served as a sports talk host in the Tulsa area, and currently serves as the sideline reporter for all Sooner football radio broadcasts, and voice of the back to back National Champions Sooner Softball team. Chris also co-hosts a nationally syndicated show every Sunday night from 10p-1a on Fox Sports Radio with Arnie Spanier.
Join “The Plank Show” from 9-11 am on 99.3 FM, SportsTalk 1400AM or state wide on sportstalk1400.com

If you missed @TRowOU with @soonerad this morning, catch the full interview here as Joe C gives us the latest for Sooner Sports in the world of COVID-19 here: podomatic.com/podcas…

Great interview today with @soonerad Joe Castiglione on the @TRowOU show. If you missed it you can catch it on the podcast now. podomatic.com/podcas… pic.twitter.com/fLI7…

.@GuerinEmig of @TWSportsExtra is live with @jhale24 and @stevermarshall discussing what to expect from OU football and the 2020 season. Listen: streamdb5web.securen…

The voice of @OU_Softball @PlankShow writes about the 20 year anniversary of the programs first National title in @boydstreet magazine. Now on stands in Norman! issuu.com/sportstalk…