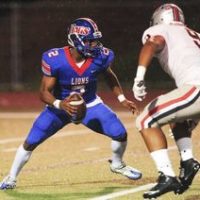 Last season was a beacon of hope for the west side.

It wasn’t only because Norman North became the first west-side team to beat Union since 2004. The Timberwolves, which made it to the state championship game without a loss, were just carrying the flag. They had plenty of support behind them.

Southmoore and Mustang each gave Union fits, even if the Redskins

SOONERS IN 60: OU Hoops comes up short against Baylor. @Tyler_McComas says 25 turnovers is the biggest reason why. pic.twitter.com/1RHG…

Congrats to @LUOU and @jocsdad2011! They’re our two winners. Thanks to Air Comfort Solutions for supplying the tickets. Boomer Sooner and enjoy the game! twitter.com/sportsta…

🚨 🚨 🚨 Who wants FREE tickets to the OU-Baylor men’s basketball game today at 2:00? We have four to give away, thanks to Air Comfort Solutions. Comment with your favorite OU basketball player of all-time and we’ll pick two winners at 9:45.