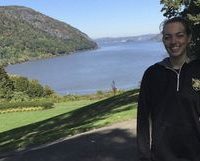 NORMAN — Seven Oklahoma graduates will head to the United States Military Academy at West Point, New York, this month for basic training, followed by their first year as a cadet at one of the most selective post-secondary institutes in the country.

Norman North’s Hallie Hembree is one of those graduates.

“I’ll be playing volleyball for the Academy this fall.” Hembree said.

Just one more week until the champs are back….🥎 pic.twitter.com/djzM…

Head @OU_Wrestling coach @LouRosselli is on with @PlankShow recapping the Northern Iowa dual and previewing No. 8 Missouri. LISTEN: radio.securenetsyste… pic.twitter.com/3JYn…

Porter Moser was extremely complementary of the turnout from OU fans in last night’s Bedlam loss. “That’s the first time I’ve seen a full house like this. I want to say thank to them. Very disappointed for our fanbase tonight, but they were great.” pic.twitter.com/6sif…