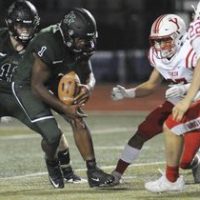 Praise and accolades rained down on now-defensive end Sincere Jackson as a middle schooler. As a high schooler, he has yet to make his mark.

It has been a trying two seasons for the Jackson at Norman North. As a sophomore, following a transfer from Central Dauphin East in Harrisburgh, Pennsylvania, Jackson was pushing eventual 1,000-yard rusher Quan Hogan for playing time. Everything

17 years ago today: Gerald McCoy signed with OU. A 5-star defensive tackle from Southeast HS in OKC, McCoy was rated as the top player in Oklahoma and the No. 13 player nationally. He would earn All-American honors at OU and drafted No. 3 overall in the NFL Draft. @Geraldini93 pic.twitter.com/9kvm…