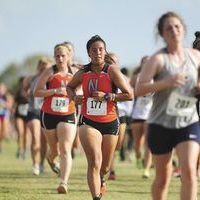 Esther White says her coach seems sick of it.

Later, Norman High cross-country coach Scott Monnard said he thought all his girls were sick of it, too.

It’s safe to say they’re all fed up with second place.

Norman High has finished runner-up in three of the past four Class 6A girls state meets, including the past two seasons.

“You can tell, the

It’s been 1-year since we aired live on 94.7 FM. From all of us at The REF, THANK YOU for your incredible support and making the switch to The Home of Sooner Fans. We have an exciting announcement on this special day! pic.twitter.com/qphX…

Several true freshman have the chance the contribute this season for OU. Bob Stoops was asked if there’s a particular position he’d worry about playing a true freshman. He answered with The Rush w/ @TedLehman11 and @Tyler_McComas pic.twitter.com/SaC0…