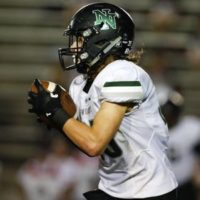 Last season’s game between Norman North and Union at Harve Collins Field felt like an event.

The stands were packed. Clearly, the state’s top two teams were going to put on a show. They did, and North won 30-27, solidifying its place at the top of the rankings. A few months later, those same Redskins gave North its only loss in the Class

What’s the most depressing loss OU has handed to an opponent? pic.twitter.com/D5I8…

If you could hand pick any restaurant to be a concession option at Owen Field, what would you pick? pic.twitter.com/dSol…

Bob Stoops isn’t surprised about the immediate recruiting success Brent Venables and his staff are having. In fact, he expected it. He told The Rush with @Tyler_McComas and @TedLehman11 what he likes the most about OU’s recent run in recruiting. pic.twitter.com/kuP9…