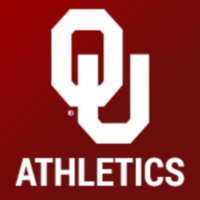 .@jhale24 is live on the postgame show now trying to help @Tyler_McComas, @JoshOn1400 and you make sense of what the heck just happened in Norman. Listen: streamdb5web.securen…

FINAL: 38-35, Kansas State. Spencer Rattler is picked off for the third time today. Kansas State rallies back and beats Oklahoma for a second consecutive year. #Sooners

Last gasp for OU as the defense gets a stop. :49 remaining in Norman. #Sooners trail the Wildcats, 38-35.