In 1929, Norman architect Harold Gimeno designed what was to become the first “talking” movie theater in the entire region. Named Sooner Theatre, the Spanish-Gothic style building was one of the first movie theaters in the state to feature sound.

Gimeno spared no expense, spending more than $200,000 for mosaic tile, Italian marble and special touches like a ladies’ lounge on the mezzanine level. A soundproof cry-room at the back of the orchestra level accommodated babies. The ceiling was adorned with 252 Spanish coat-of-arms, which were hand painted by the Patricio Gimeno, the architect’s father. The theatre even boasted refrigerated air and cooled water fountains. 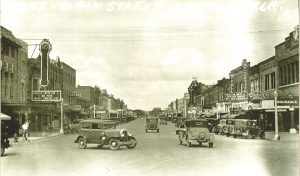 But, because vaudeville was still going strong, the theatre also doubled as a stage for traveling troupes.

“We still had a lot of vaudeville performers coming through Norman at the time,” said Nancy Coggins, PR & Development director for The Sooner Theatre of Norman, Inc. “They would hop off the train, walk a few blocks, perform a show and then hop back onto the train.”

Listed on the National Register of Historic Places, the theater itself served as an entertainment heart of Norman from the beginning. But, over the years, it fell into disrepair.

“It was a movie theater until 1973. It just couldn’t compete with the suburban multiplexes that were going up,” Coggins said. “The last movie shown at Sooner Theatre was ‘Attack of the Amazons.’ It was shut down after that.”

For years, the city of Norman debated what to do with the empty theater. Some suggested razing the Spanish Gothic delight to the ground to make room for a parking lot while others contemplated making it a furniture showroom.

“A group of concerned citizens was adamant that the city keep it and restore it,” said Coggins. “It was in bad shape with holes in the roof and pigeons in the rafters. The city did restore it and in 1976, the nonprofit Sooner Theater organization was formed.”

For the next 20 years, the organization rented out the facility for concerts, pageants, dance recitals and other events. In the late 1980s, the Sooner Theater started a concert series and a fund-raising event called The Sooner Follies.

“The Sooner Follies became very popular,” Coggins said. “That’s what the community knew us for.” 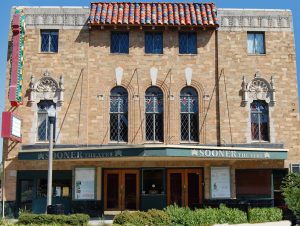 In 2002, The Sooner Theater organization hired a theater consultant to determine what direction the organization and the building should go. The top decision was to offer a season of theatrical productions, and in 2003, board member Jennifer Baker became the executive director.

“She created the first season of theatrical productions and locals produced the show with local actors,” said Coggins. “In 2013, we offered the first summer arts camp. We had to beg, borrow and steal children to be part of the camp because no one knew about it. We only had 31 kids that year.”

In addition, The Sooner Theater also offers three full productions each season and four productions that are youth-only. The Sooner Follies morphed into an annual murder mystery dinner theater fundraiser, which continues to be wildly popular.

“It’s the most fun ‘not-right’ thing you’ll see,” said Coggins. “I feel we do more than just community theater. We have a unique aspect with our vibrant and fast-growing studio programming which offers performing arts classes for ages 3 to high-school age. We offer all kinds of theater skills like acting, musical theater, magic, ballet, jazz, etc.”

By far, The Studio of Sooner Theatre, located at 110 E Main St., is a major part of the theater’s mission to share the arts. Thousands of children attend classes ranging from dance to acting to master classes from September to May. They are also able to audition for various productions throughout the year, much like the adult productions do.

“It even surprises me how popular and needed these arts classes are,” said Coggins. “We have kids from throughout the region, not just Norman. We also have a special needs class for those with Down’s Syndrome. They steal the show at our showcase every year. We see a lot of gifted children who want to become involved in theater.”

The programs of The Sooner Theatre are funded in part by the Oklahoma Arts Council, Norman Arts Council, City of Norman, National Endowment for the Arts and Republic Bank & Trust.

“We still have shows that are the best quality. We have an amazing amount of talent in Norman,” said Coggins. “Norman really loves and supports the arts, so we plan to be around even longer.”

.@OU_MGymnastics head coach @wellsgymn is live with @jhale24 discussing what's next for the #Sooners! Listen: streamdb5web.securen…

Head @OU_WBBall coach @sherricoale is live with @jhale24 and @stevermarshall to talk about hiring Courtney Paris as an assistant coach. Listen: streamdb5web.securen… 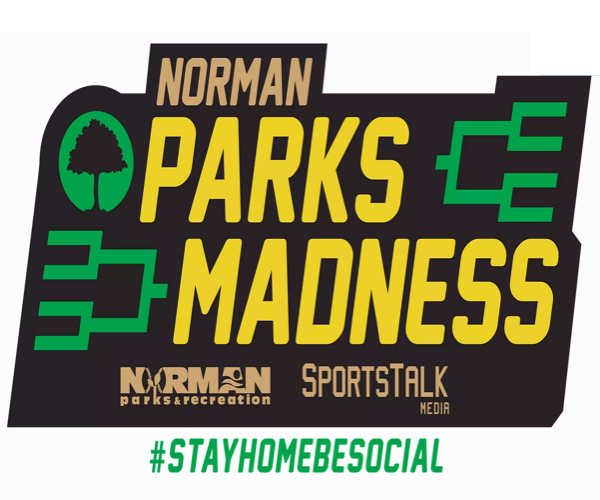