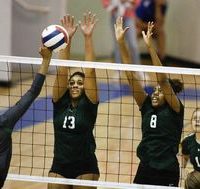 But for maybe the match’s first 20 points, anybody would be hard-pressed to recall a better-played state championship match than the one the Timberwolves and Wolves played Tuesday night at Sapulpa High School’s Chieftain Center.

And the fourth set, the one that went 54 points, 40 won on winners — kills, blocks