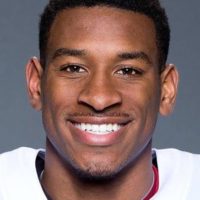 Correction: A previous version of this story reported Nick Basquine tore his Achilles. The extent of the injury is unclear and he will be evaluated next week.

Oklahoma is battling the injury bug through six football practices.

The Transcript has confirmed former Norman North receiver Nick Basquine is out indefinitely with a left Achilles injury and will be evaluated early next week.